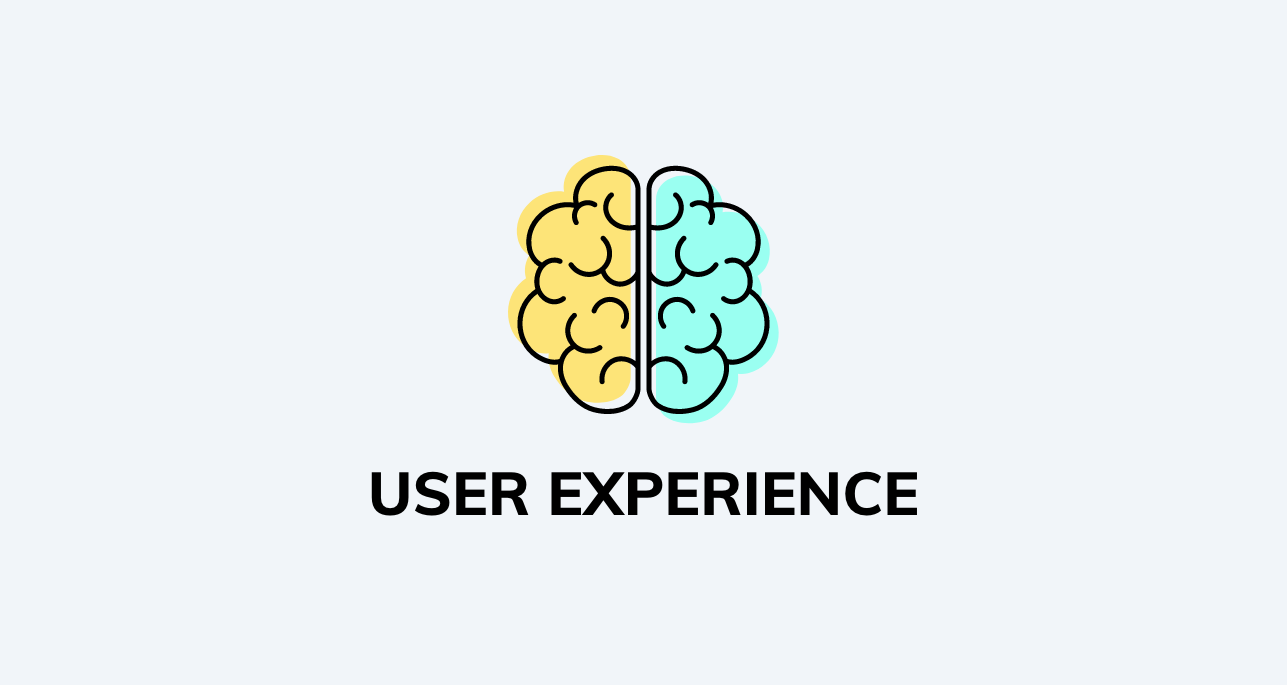 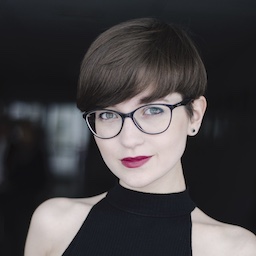 User experience professionals are supposed to answer the needs of the people, find their main pain points and solve their problems through design. This is why understanding human behavior is essential to create world-class products. Once you’re familiar with the basic principles of psychology, designing experiences feels less like taking a shot in the dark. You’ll find it easier to spot the areas for improvement and come up with ideas rooted in psychological theories.

In this article, we’re going to discuss the fields of psychology that can be useful for UX designers, researchers and other usability professionals. To make these tips more actionable, we’ve picked 7 of the most compelling psychological principles related to user experience.

Ready to find out how psychology can help you become a better UX professional? Keep on reading to learn more!

Which areas of psychology are interesting for user experience professionals

Apart from clinical applications and psychotherapy, psychology comes with a wide range of tools to help people in their everyday life. Some of the areas that can be particularly useful for UX people include: 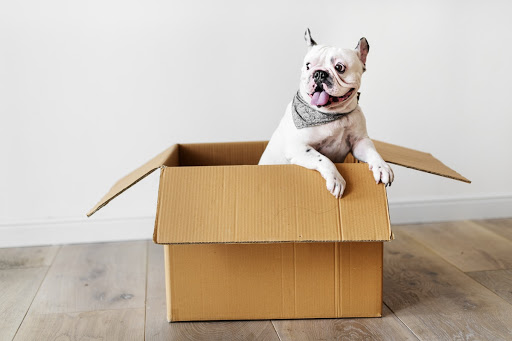 What is is: Dating back to the 19th century, behavioral psychology (also known as behavioral science) explores patterns so fundamental that they can be applied both to humans and animals. The core assumption is that all behaviors are either a response to certain stimuli or they come from a history of reinforcements and punishments. In other words, an individual’s reaction depends on their previous interactions with the environment.

Classic example: Pavlov’s dog – a textbook example of classical conditioning. Ivan Pavlov, a Russian psychologist, expected that the dogs would salivate when they receive food. He found out that they start drooling as soon as they hear the footsteps of the assistant who’s bringing the snacks. Later, he designed an experiment that involved ringing a bell while the dogs were fed. After that, the dogs started salivating as soon as they heard a bell, even when food was not involved. This behavior is known as a conditioned response.

UX-based example: Jakob’s law – people expect your website to work the same way as the other websites they’re using. 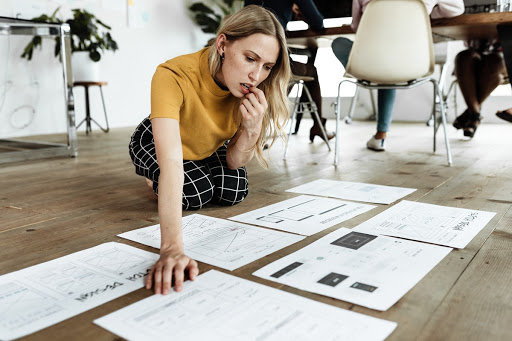 What is is: While the previously discussed approach is focused entirely on behavior, cognitive psychology takes other mental processes into account. Among other things, it researches attention, perception and problem solving. To put it simply, it deals not only with how people behave but also with how they think.
Classic example: Miller’s Law – George Miller found out that an average person’s memory span is limited to around 7 (plus or minus 2) pieces of information. This fact can be useful for UX designers as well. For example, if you need to display more than 7 items on the website, it makes sense to divide them into categories.
UX-based example: The principle of least effort – This rule is rooted both in cognitive and evolutionary psychology. In short, it means that your users will choose the easiest path to get something done.

What is is: A theory created by Max Wertheimer, Gestalt states that the whole is more than the sum of the parts. This field of psychology explores how people perceive objects, as well as how they simplify complex images.
Classic example: Law of proximity – It’s a quite simple rule, pictured above. When people see that some objects are close to each other, they’re more likely to see them as one group.
UX-based example: Virtually all Gestalt laws can be applied to UX design – below, we’re describing the law of proximity and the law of continuity in more detail.

These are the three branches of psychology that can be useful for people working in the UX field. Now we’ll move on to 7 psychological principles that can be applied in design:

How exactly can you show your potential customer that your company is reliable?

Let’s start with the basic question: why reinvent the wheel?

This is exactly what Jakob Nielsen thought. You may recognize him as the co-founder of Nielsen Norman Group, a famous UX consulting firm. He knows a thing or two about interfaces, as he worked for IBM, Microsoft and other technology giants.

The idea behind Jakob’s law is simple. Your users already know how to interact with other websites. Why would you ask them to change their habits? If your site works like other sites they know, they won’t need to learn how to use it – they’ll know right away.

Users expect certain functionalities to be located in certain places. One could come up with dozens of examples: the X is always in the upper corner of a window, the hamburger menu will unfold after clicking and the footer will probably contain contact details.

The visitors are going to look for these features in the most likely places. This kind of behavior is known as a desire path – people tend to take the easy route to find what they’re looking for.

The bad news is: there is no ultimate list of UX habits.

The good news is: you can find your users’ desire paths with the help of session recording tools. When you watch how they interact with your website, you’ll soon see some common patterns emerging.

2. The principle of least effort

We’ve mentioned desire paths above – they’re also a great illustration of the principle of least effort. As the name suggests, it means that people will do as little work as possible to get something done.

There is a brilliant evolutionary explanation of this phenomenon. Our resources, including the cognitive ones, are limited. In order to survive, we shouldn’t be using more energy than needed.

What’s more, in the digital age, we’re often overwhelmed with information. Our attention span is shorter and our time is limited. We want to achieve the goal as soon as possible, which is why we choose the easiest (and often the fastest) path.

So, what is the easiest way? As in the previous case, the way to find out is to watch how the users interact with your website.

One of the Gestalt principles, law of proximity is often visible in UX design. As we’ve mentioned above, it means that elements located close to each other are perceived as one group. Have a look at this simple example from RocketLink: 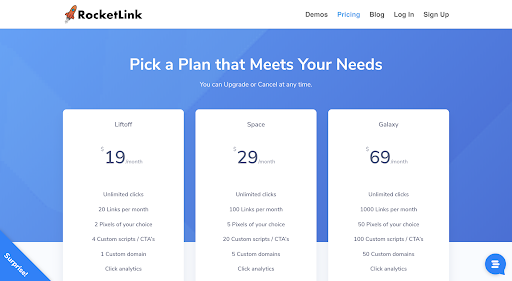 All the pricing plans are described within a separate column. Thank to clear structure and hierarchy, the pricing is easy to understand.

Another important Gestalt principle is the law of figure/ground. It states that an element can be perceived either as a figure (distinct point of focus) or as a background. This is often explained with this famous optical illusion:

In terms of UX design, this principle can be applied through contrast, brightness or colors. For instance, call-to-action buttons work better when they stand out from the background, like in the example below:

Chatbotize used a contrasting, green sign up button. Green is associated with confirmation, but in this case it also a great contrast with the background color. The button is easy to notice and the users are likely to click on it.

Just like two previous principles, the law of similarity also comes from Gestalt psychology. The idea is that if two elements are similar, they are seen as parts of the same group. This rule is often used when describing multiple features, like in the case of Cloudtalk:

Less is more – this is probably the shortest way to sum up Hick’s law.

Research by William Hick has shown that the more choice we have, the longer it takes to make a decision. When the users are overwhelmed with options, they may as well not choose anything at all. This rule is also known as the tyranny of choice. People may expect they’ll feel happier when they can choose from a wide range, but it’s often the opposite – they get frustrated instead.

Well, what if you actually have a lot on offer? Amazon and Netflix have a huge inventory and both services are quite successful, aren’t they?

Definitely, and not without reason – they both know how to make the choice easier. Everything that’s on offer is grouped into tailor-made categories:

There’s a very specific reason why we’re describing this principle as the last one.

Serial position effect combines two other rules – the primacy effect and the recency effect. The effect describes how people tend to remember the first and the last items in a series best.

What does it mean for UX designers? You can think about it this way: if you need to grab your user’s attention with something, it pays off to repeat this thing both at the beginning and at the end of the page.

This is a common practice on landing pages. The sign-up button pops up at the top and reappears at the bottom. We used this strategy at LiveSession, too: 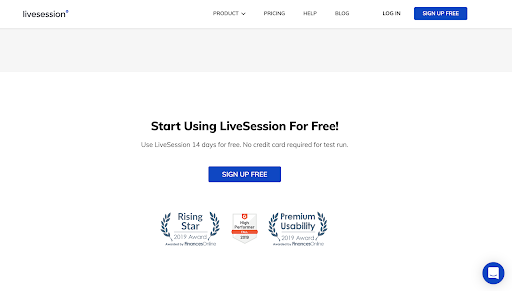 As you can see, different fields of psychology can be a goldmine of information and ideas for UX designers and researchers. Sticking to psychological principles can help you come up with more relevant design solutions. With this knowledge, you’ll find it easier to understand how your users think and what are the reasons behind their behavior. Last but not least, psychological knowledge will help you interpret data from qualitative research, such as session recordings.