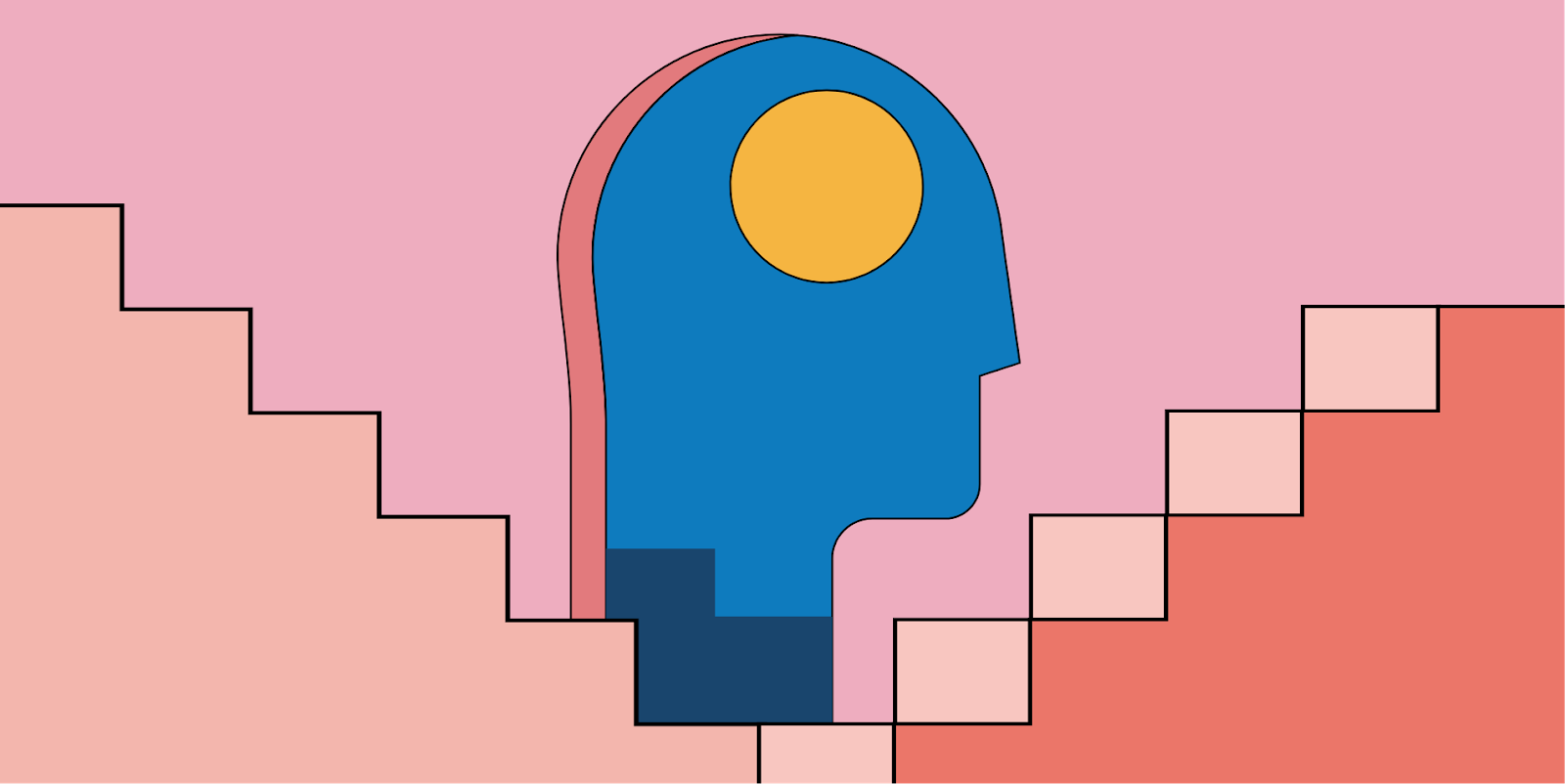 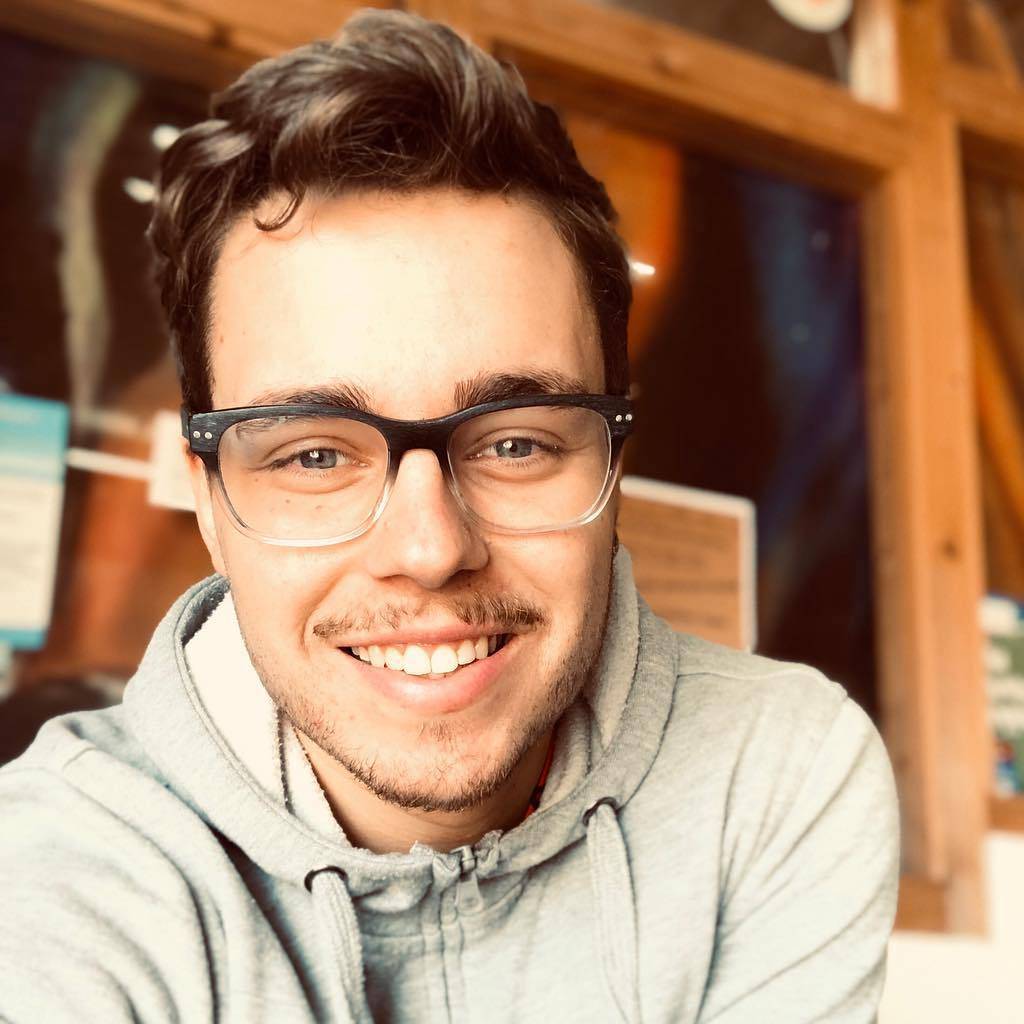 If you’ve been working in the field for a while, you’re probably familiar with these basic UX design principles:

Back in 2009, Whitney Hess, a popular UX design coach, drafted the Hippocratic Oath for UX designers. In this piece, she listed a few principles that a UX designer should keep up with. These include:

All these points imply that the designer should focus on the needs of the user. Good design comes from the focus on effortless navigation, good readability, high accessibility, and overall usability.

To make it work, your UX designer portfolio should not only focus on the quality of your professional skills. There is much more to a good UX design than just having technical skills.

To a certain extent, a good UX designer should also be a good psychologist, understand human nature and what drives the consumer to choose one product over the other. Cognitive psychology can be particularly helpful in creating high-quality UX design.

What is Cognitive Psychology

The definition of cognitive psychology states that it’s occupied with studying mental processes, including attention, memory, perception, thinking, problem-solving, use of language, and creativity.

The main focus of cognitive psychology is human behavior and how the processes mentioned above affect it.

As it is aimed at studying human behavior in correlation with cognitive processes, cognitive psychology can help UX designers find ways to overcome psychological barriers. Thanks to this, they can create usable, accessible, readable, and easy-to-navigate designs.

The Effects of Cognitive Psychology on UX Design

To illustrate the impact of cognitive psychology on UX design, let’s consider the following example.

As a UX designer, you know that consumers value the overall experience rather than the details. Thus, the focus on the positive experience defines the entire UX design process.

But what is the reason behind this principle?

Cognitive psychology has an answer.

Among cognitive psychology theories, there is one called the verbatim effect. This cognitive bias causes people to remember general information rather than separate details or the form that this information comes in.

Moreover, the memory of the general experience will impact the details that people remember from this experience.

For instance, if a person stopped at a hotel and had a poor overall experience there, they will only remember the unpleasant details, such as bad view, poor housekeeping, a rude receptionist, etc.

In reality, there might have been good details about this experience, too, like a good breakfast or high-quality spa procedures, but if the overall experience is unpleasant, the memories of details will usually be unpleasant as well. This is caused mainly by the evolutionary reasons.

The impact of the verbatim effect on UX design

There are a few ways that this cognitive psychology approach can have on UX design, from preparing the website structure to optimizing website navigation. It also has an effect on the content, which is a big part of user experience.

The research from the National Library of Medicine, for instance, proves that the meaning of a sentence is better remembered than its form. The behavioral data from this research confirmed the typical verbatim effect after the participants performed a recognition memory test that showed the dominance of meaning over form.

To help you understand the human behavior behind the decision-making process more, let’s take a look at some more cognitive psychology theories and approaches that can help you improve the quality of your design.

The schema theory explains why consumers prefer this design:

The reason lies in the lack of usability, the absence of proper organization, and categorization.

The schema theory claims that all knowledge is organized into units. According to this approach, humans think and perceive information in schemas (units). That’s why we prefer it when information is broken down into categories, as it makes it easier for us to process it.

Schemata (units of knowledge) are developed from an early age. As the person ages up, they add more information into these schemata units.

Categorization is an essential part of the UX design process. Users expect you to break down the information in sizable and easy-to-understand pieces to help them process it faster.

The time that it takes for a user to process information is also a part of the user experience.

If a consumer buys something online, there is a 90% chance that they will choose the store with proper categorization of information about a product because it cuts down the time for product research and making the final decision 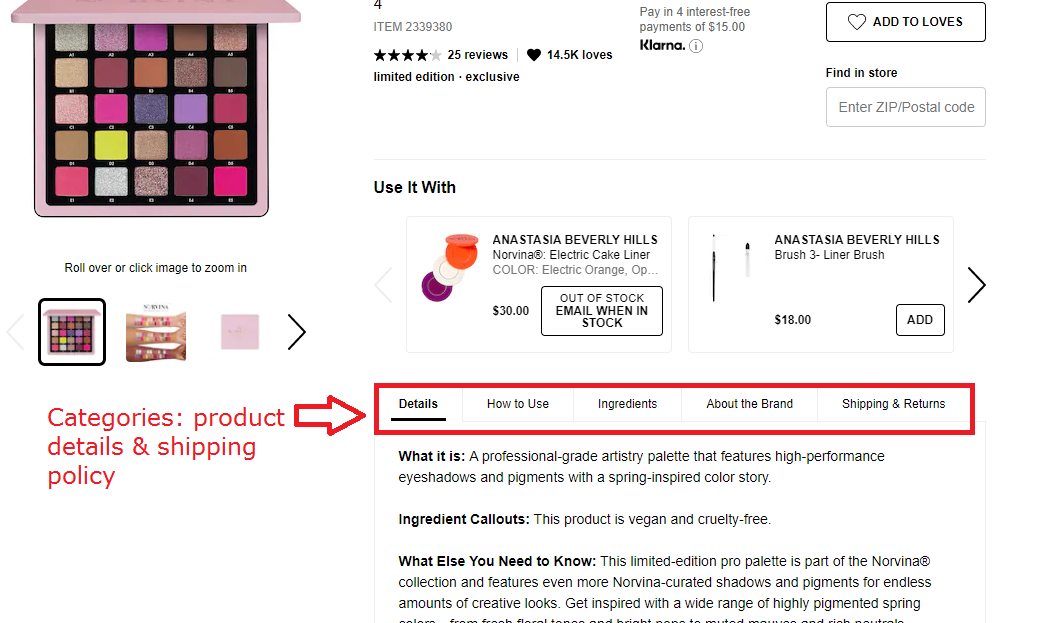 As you can see, this cognitive psychology approach lays the foundation of one of the most important UX design principles – the focus on usability.

While consumers like to think in categories, they also make many of their decisions based on visual perception.

Because of that, it’s important to pay attention to cognitive psychology examples of approaches based on gestalt principles.

So, what is a gestalt?

We call a phenomenon a gestalt when a person perceives it as a whole with no particular attention to its parts. Cognitive psychology claims gestalts are formed throughout our lifetime and have a significant impact on how we think and make decisions.

Here are several basic cognitive psychology approaches or laws involving gestalt principles that have an impact on UX design:

The Law of Symmetry

Symmetry creates the perception of stability and order. This happens because humans have a gestalt that forces us to perceive symmetrical objects as parts of the same group.

This rule can help UX designers structure a website or an app, as well as improve customer experience. The final product will look stable and properly organized.

In design, there are several types of symmetry:

For example, if we take a look at Babbel’s mobile app UI, we can notice a horizontal reflection symmetry. Equally sized blocks with information mirror each other, creating an easy-to-navigate list: 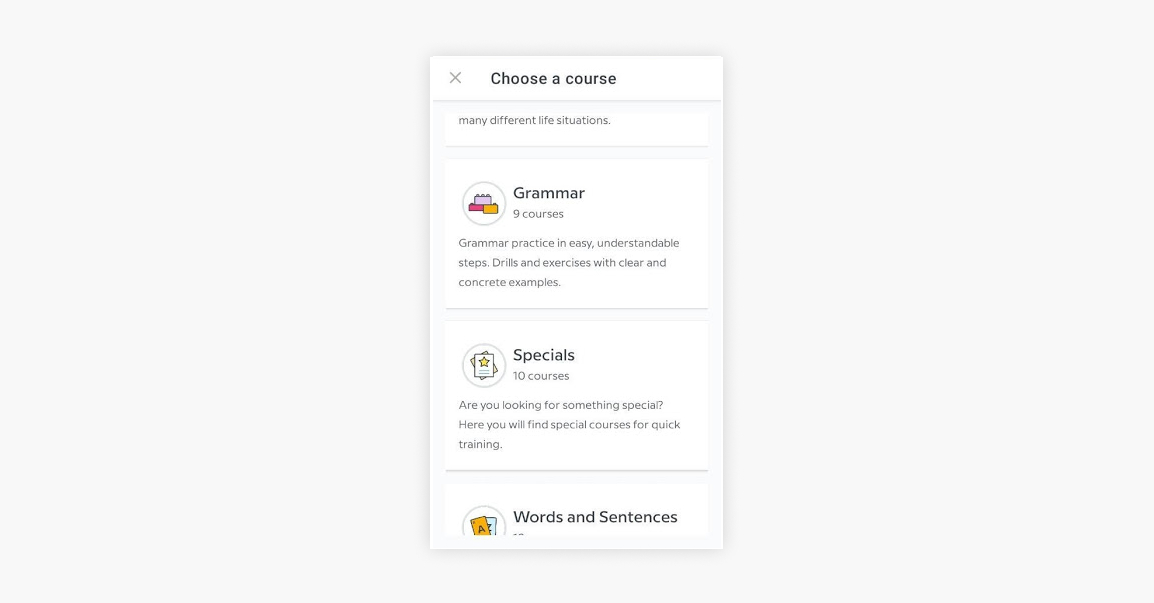 Translation symmetry is great for content-heavy websites. “In such websites, balance and organization are crucial to usability, and creates a practical layout for the content,” says Marie Fincher, the head of content marketing at TrustMyPaper.

Here’s an example of how translational symmetry can help organize content and contribute to its readability:

These examples prove that symmetry as a visual perception gestalt plays an important role in the UX design process. It creates a visual organization of objects and content.

The Law of Similarity

This gestalt law states that the human eye perceives similar elements or objects as something complete, as one unified object or group.

For instance, you can see how CNN groups the videos on its website based on this cognitive psychology theory:

Using the similarity law in UX design allows cleaner and more usable navigation, which, in turn, creates a positive first impression of the product.

The similarity gestalt is related to the law of proximity.

The Law of Proximity

This cognitive psychology approach indicates that the elements found in proximity to each other are usually perceived as a single unit.

For instance, if you see the following pieces of content next to each other on a web page, you immediately recognize it as a feedback section:

In design, when several elements are close to each other, they are considered as the same unit, even though they may have different content. This strategy is used to make navigation more intuitive and user-friendly.

As I’m talking about perception as an integral part of cognitive psychology and the UX design process, it’s important to mention the chameleon effect.

This cognitive psychology approach states that people tend to mimic the behaviors of others. The chameleon effect happens unconsciously and is associated with our inner instinct to fit in to remain a part of a group.

Among all cognitive psychology examples, this theory is the most effective in helping UX designers to encourage users to take the next step.

For instance, Duolingo uses their mascot, a bird named Duo, to guide you through the process of completing each lesson: 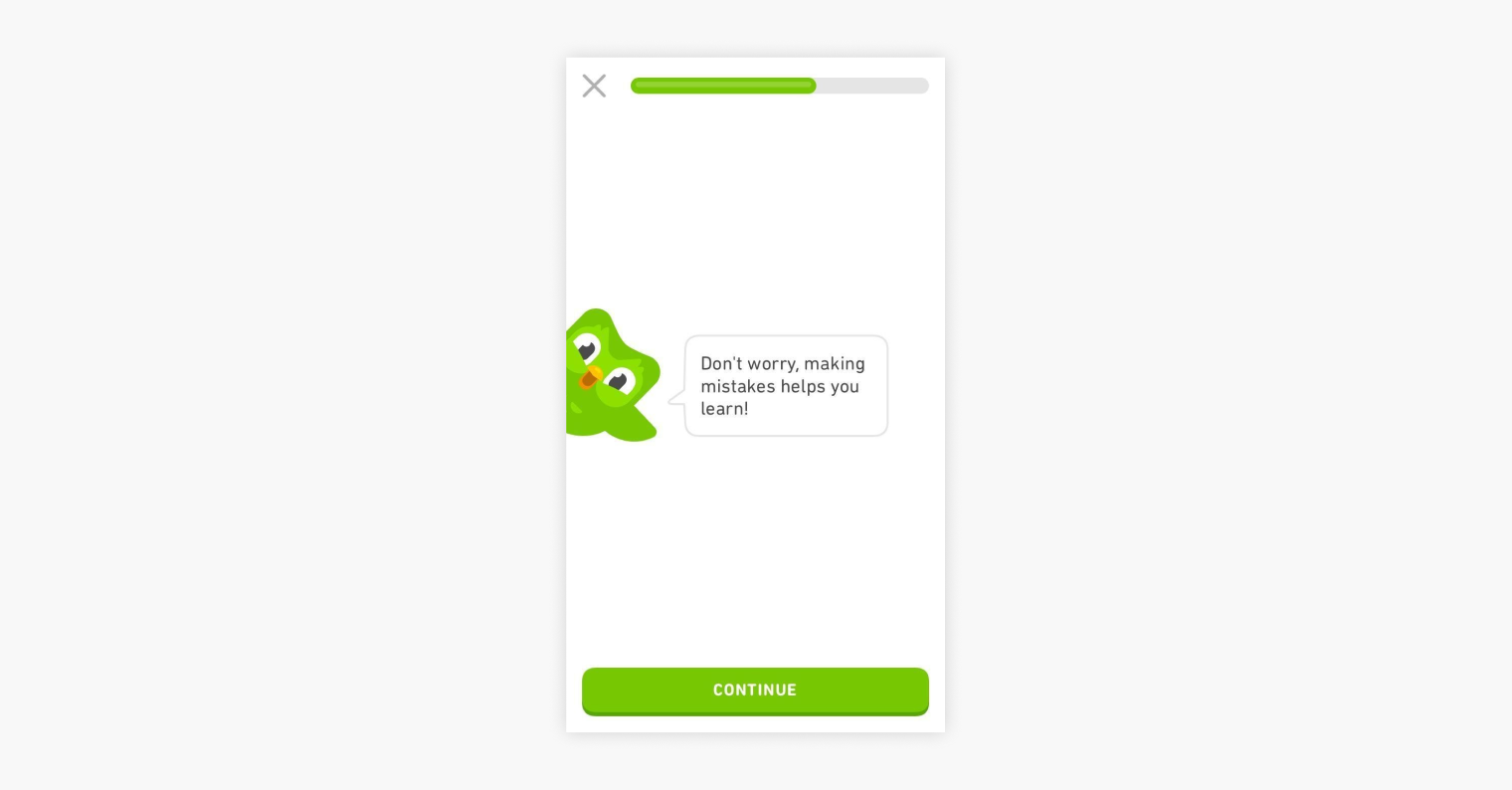 The app also uses a crying Duo if a user skips a lesson to make them feel guilty about forgetting to take 15 minutes a day to learn a language. A fit and sporty Duo bird appears whenever a user achieves a new level on the app.

The chameleon effect involves a cognitive bias. In layman’s words, this means that the context systematically affects the judgment and decision-making. Our example, the Duolingo app, is built on this cognitive psychology approach.

The designers of Duolingo created certain contexts, such as crying Duo, to get the users to mimic a certain emotion, which consequently pushes them to a certain action.

Get In the Head of Your Consumers

There is always a psychological reason behind user behavior.

You know that users want everything neatly organized and properly categorized. That’s the schema theory in action.

It’s clear that consumers tend to group objects in a certain way and perceive them as a single unit. Gestalt laws will help you understand why they do it.

To remain a part of a group, people often mimic the behaviors of other group members. You can use the chameleon effect to get your consumers to complete the interaction or make a purchase.

Last but not least, now you know why consumers value the overall experience rather than certain parts of it. This is explained by the verbatim effect.

These are some of the core cognitive psychology theories that explain the origins of the key UX design principles. The knowledge of these can help you become a better UX designer.

Dorian Martin is a professional writer and contributor at WowGrade Dorian has a Psychology degree with a specialization in Design Psychology and currently writes his Ph.D. research paper on the impact of psychology on design.